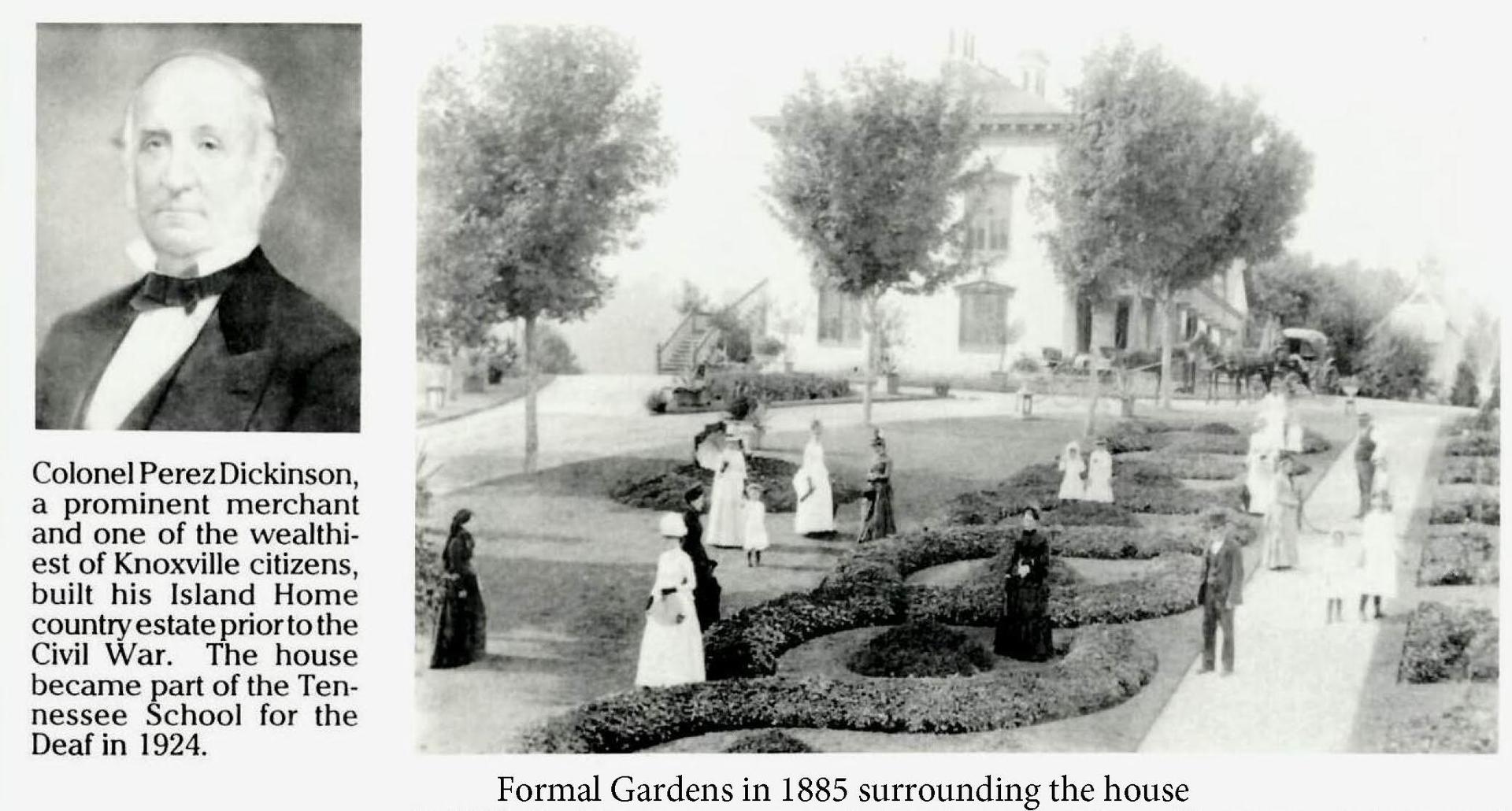 White House and Formal Gardens in 1885
On September 2, 1922, the grounds and buildings on Asylum Street were sold for $400,000 to the City of Knoxville, with the understanding that it would be vacated within two years from the sale date. The 125 acres site in South Knoxville was purchased about the same time. This property had been known as the Dickinson Estate Island Home Park.
In December 1922, it was announced in the school paper, The Silent Observer, that Marr and Holman, architects of Nashville, had been awarded the job of designing the buildings.
Mr. Marr was a former student of TSD.
In October the ground had been broken for the construction of five buildings at the new location of the school in Island Home.
The five buildings being built were: administration building, 100 by 196 feet, containing twenty-two classrooms, offices, library, auditorium with seating capacity of 700, and shops for vocational training; two girls’ dormitories; a boys’ dormitory; and a laundry and central heating plant combined.
The buildings were to be colonial design, in keeping with the location and other buildings on the estate. The Dickerson home was to be modernized for the superintendent’s home.

On November 28, 1923, the cornerstone for the administration building was laid with a simple ceremony. Mr. R. Mann, a teacher for forty-two years at the school, placed a metal box containing important papers and reports in the wall.

In the fall, of 1924, the Island Home Campus was established with 5 new buildings for the opening of school.

· Cottage A for small girls

· Cottage B for older girls

On November 12, 1924, the new school buildings were formally dedicated with Governor Austin Peay presiding and Superintendent Mrs. Poore paid tribute to the splendid work of Mr. Thomas Marr in his architectural plans for the buildings along with Mr. Lewis S. Pope, Commissioner of Institutions. 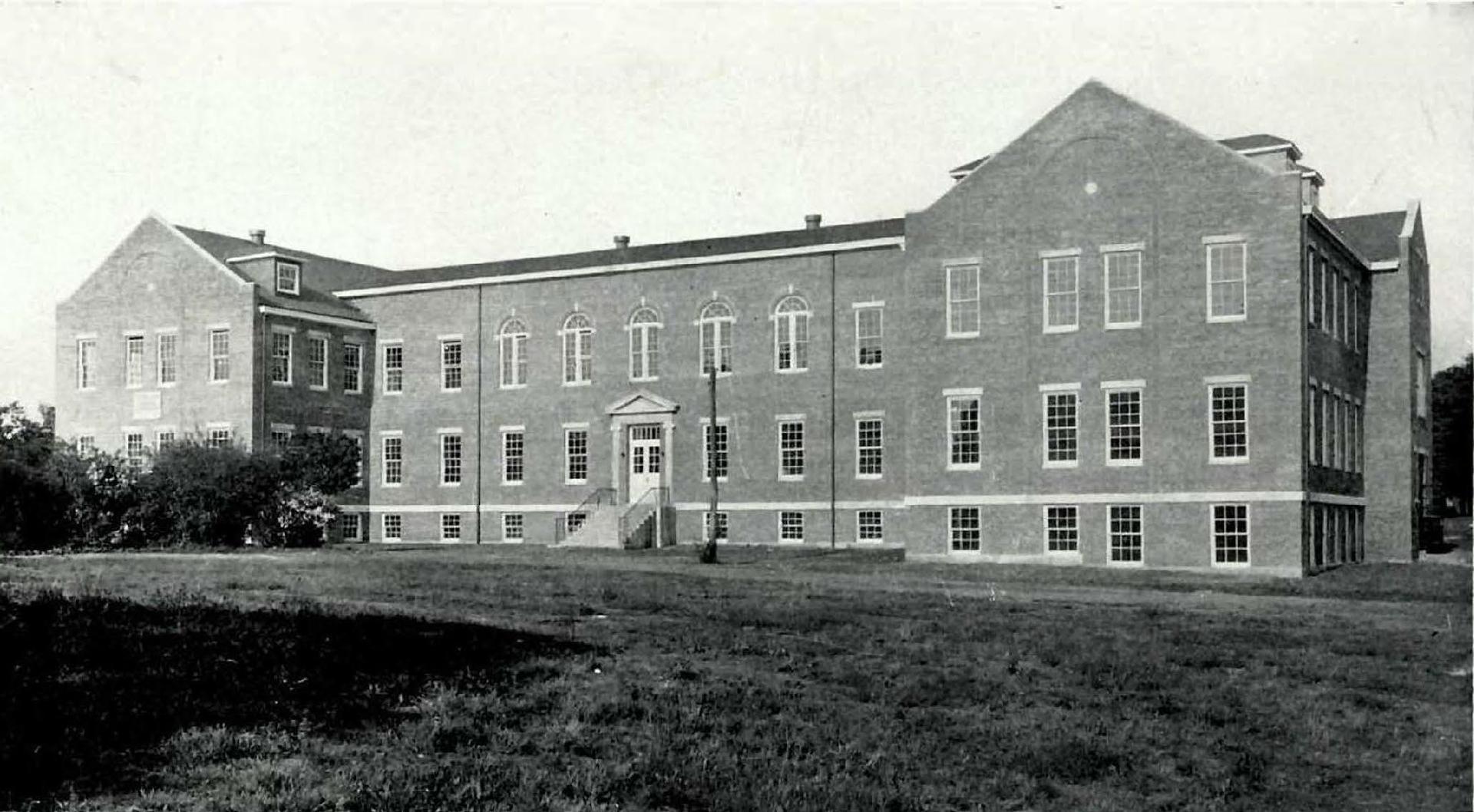 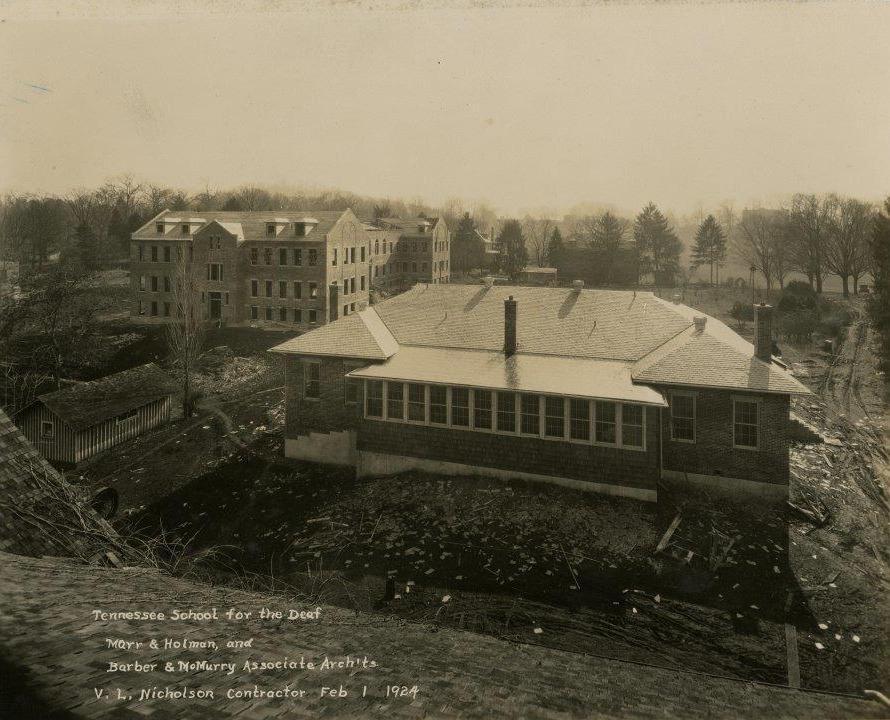